Stare Into Death And Be Still 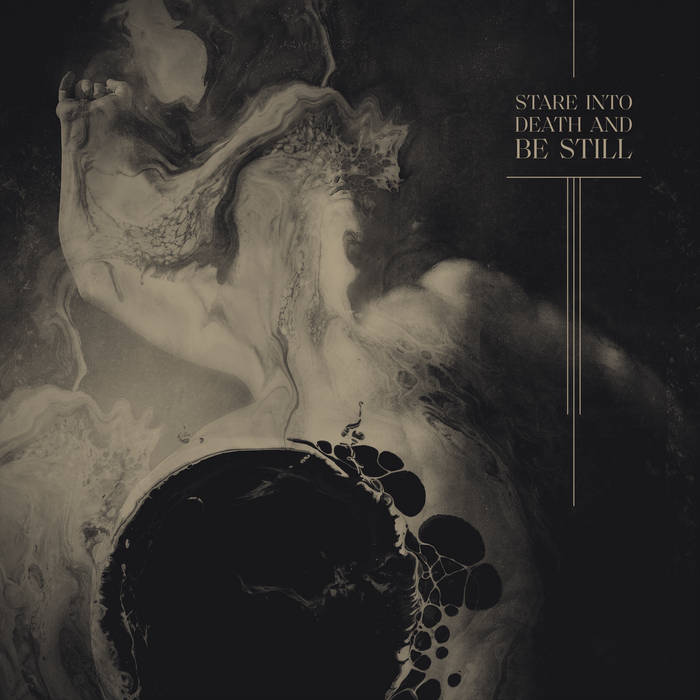 scalphite Incredible from start to finish, a must have in your collection. Favorite track: Stare Into Death and Be Still.

Ricardo Pinto This album was released in April 2020, during the first confinement period of the Covid pandemic in Portugal. I listened to the whole thing while sitting on a bench in a park near where I lived, and it became embedded in my memory as the soundtrack of those restless times. It's one of the most emotionally heavy and dark albums I've ever heard. I like how the complexity of the guitar riffs is always subordinate to the emotional content of the song, rather than being a mere display of skill. Favorite track: Stare Into Death and Be Still.

Josh This album gets in your head in a very good way.
more...

The unmistakeable sound of ULCERATE finds its emotional apex on 6th album “Stare Into Death and Be Still”, as the band emerge from the claustrophobia and dissonance of their recent past to present a next-level exploration of melody, harmony and power.

The band’s signature ultra-atmospheric blend of highest order unorthodox Death Metal with the texture of futurist Black Metal is here pared-down with the consummate hand of experience, giving stunning credence to the riff, the song and the meaning.

Embracing production clarity, ULCERATE use these songs to fully showcase their otherworldly musicianship: a vocal performance from Paul Kelland of unadulterated authority, Michael Hoggard’s guitar and Jamie Saint Merat’s percussion working in tandem with startling skill and originality, simultaneously skewed and heart-rending, often addictively succinct and revelling in strident motifs that hook, haunt and transform the listener with their expressive honesty.

Thematically the album explores the concept of “death reverence” – drawing on recent personal experience to confront the truism that death and tragedy aren't always sudden or violent, that people are often passive observers trapped “in the silent horror of observing death calmly and cleanly”.

“Stare Into Death and Be Still” is the deepest, purest and most meticulous form of ULCERATE: a soul-searching conflagration of atypical melodicism, immaculate virtuosic dexterity and sublimated psychological upheaval. A breathtaking new beginning for one of the most uniquely talented bands in extreme music.

Bandcamp Daily  your guide to the world of Bandcamp

MF DOOM is given his flowers, plus appearances from MC Jada Imani and Stanley Ipkuss